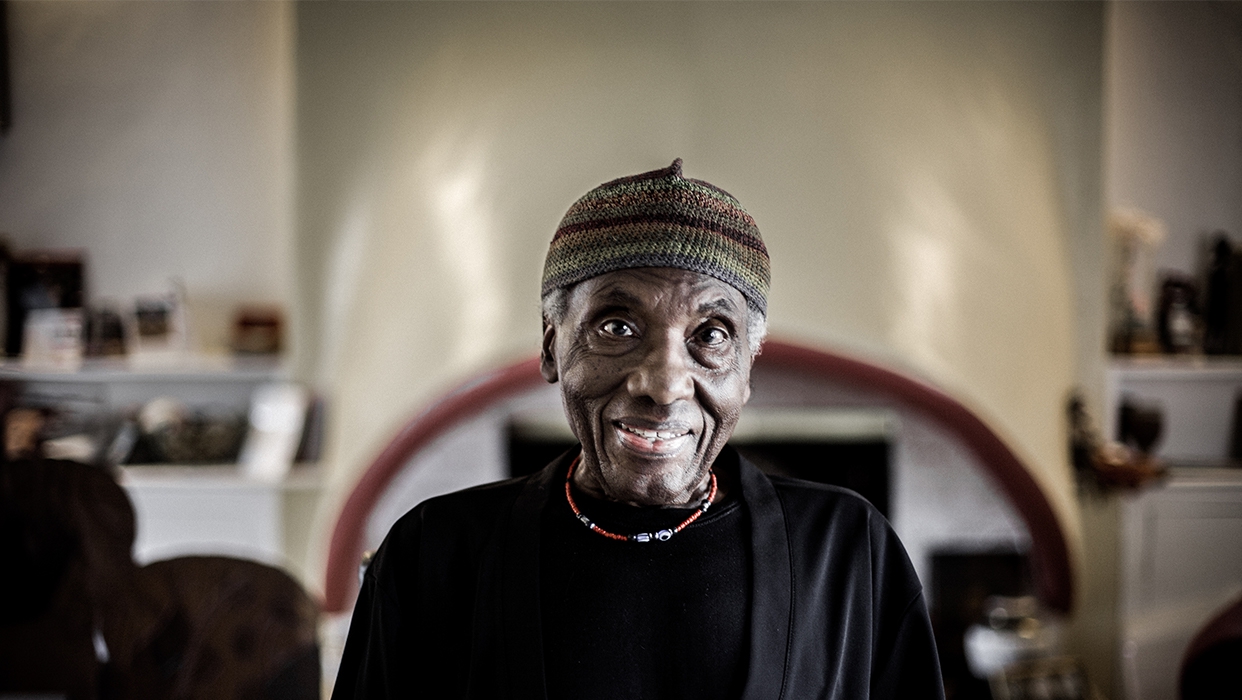 It started with me very early on: the feeling. The way you are called upon, at times, because of some gift that you have. I just had a natural knack for the creative momentum.

When asked what he does, California assemblage artist John Outterbridge, 83, doesn't use the word “artist”. “I try always to be as useful as I can be,” he says by means of job description, hands folded on his lap, recalling a lifetime spent observing the unobserved, acknowledging the unacknowledged and transforming the useless (rags, salvaged junk, metal, detritus from the Watts riots) into the useful. This latter alchemy, perhaps, is the most important work a person can do, in Outterbridge’s eyes.

Outterbridge was born in the Depression-era Jim Crow South, in Greenville, North Carolina, on March 12, 1933. He describes his mother as “a perfect individual” who collected fragments of experience through scrapbooking. His father was “a very beautiful person who came home always to his, his lover, his wife.” A wonderfully selective collector of things, his father was also “a very useful person”, his life devoted to the disposal of unwanted things, for the greater good.

He remembers his father teaching him how to drive a dump truck on rural winding roads, with Coca-Cola crates under his bottom so his little feet could reach the pedals. “He worked all the time. And when he wasn’t, he was a volunteer fireman,” Outterbridge says. “That’s all that blacks could be at that time, volunteers on the force. They were never allowed to be anything more than volunteers, although they performed all of the same tasks, and more." 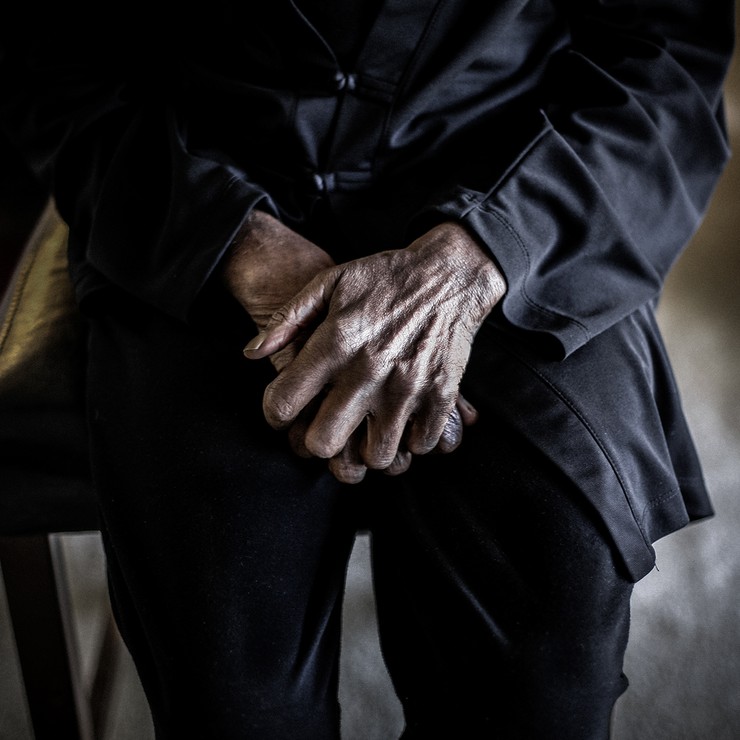 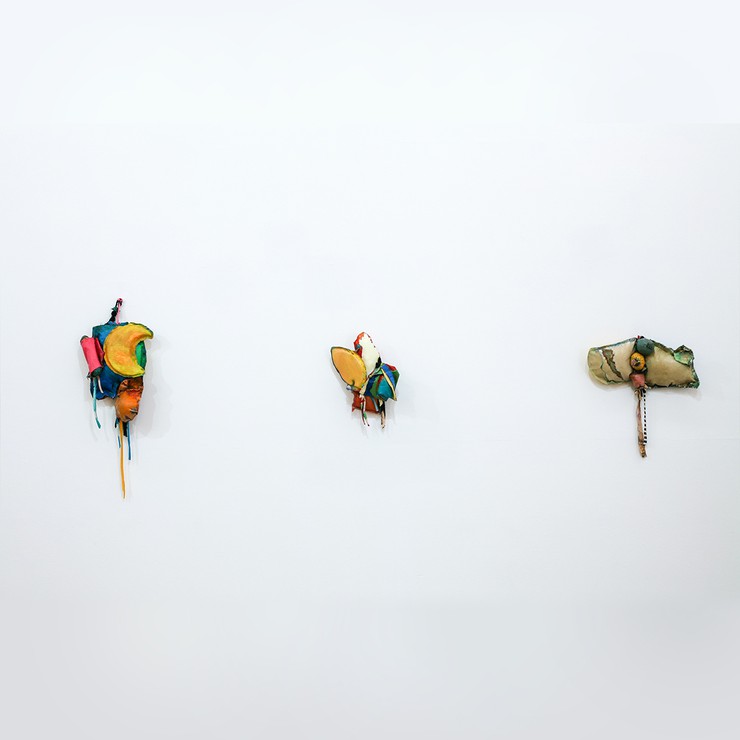 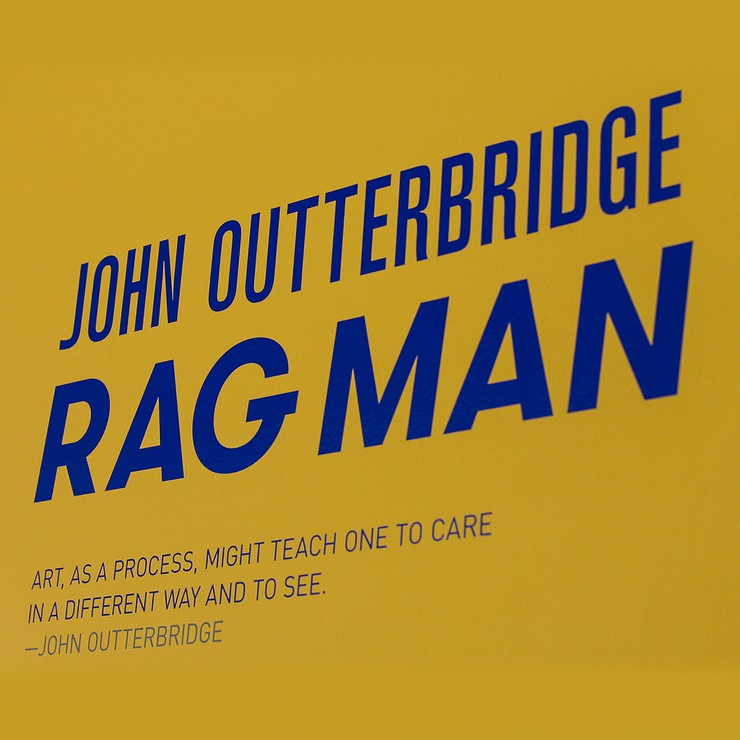 There were no art studios for black children at school, but there was, nonetheless, art all around—people hung bottles from the trees and picket fences were decorated with eggshells. Outterbridge grew up watching people express themselves, only it wasn’t called “art”, and it required no signature to have value. For his part, Outterbridge couldn’t resist his instinct to draw on whatever he could get his hands on, even on the blackboards in school.

“It started with me very early on: the feeling,” he says. “The way you are called upon, at times, because of some gift that you have. I just had a natural knack for the creative momentum.” From a young age, he knew somehow that art was his calling. “So many other people did, too, but we didn’t have any opportunity to take it outside of ourselves ... getting the idea to the outside from the inside was another kind of thing.” So the hardest part of becoming an artist was taking the feeling that lived inside, and making it real on the outside.

“It was real,” says Outterbridge firmly, reminding us that creative instinct is precious and beautiful, whether or not it has the opportunity to be given shape and form in the physical world. 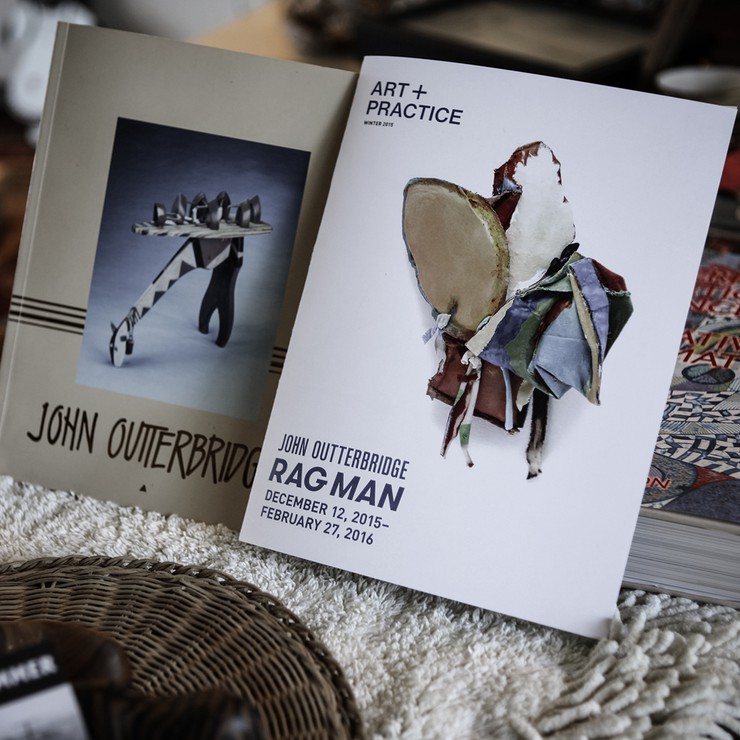 For blacks in that era, opportunities to “take what’s inside to the outside” were thin on the ground, but Outterbridge, a gifted painter, was able to secure a place at the American Academy of Art in Chicago. On the side, he put his driving skills to work as a bus driver. School, he says, “offers a lot. There are certain schools that are more academic, focused on theories, and some that are more practical. Either approach is very important. But there are times when you can’t get (everything you need) from an academic kind of arrangement.” This would be the case for Outterbridge, who found his greatest inspiration not in academia, but on the streets of Los Angeles, where he moved in 1963.

There, he and his wife observed the decay and hopelessness on the streets. They drove past the nodding oil donkeys, bending and supplicating as they pumped crude from Inglewood and Windsor Hills. The palm trees looked “like sentinels” watching impassively over the city from a great height, as detached and disinterested as the flat gray monolith of city hall.

Then, one day, as they drove along 103rd Street, he saw strange towers soaring 99 feet into the air. Bold, chaotic and utterly human, his heart leapt at their aliveness. “Wow, that’s strange,” he remembers thinking. “They’re not bending; they’re just standing, it’s beautiful. Look at it, will you?” Those were the Watts Towers. And they changed his life. Again. 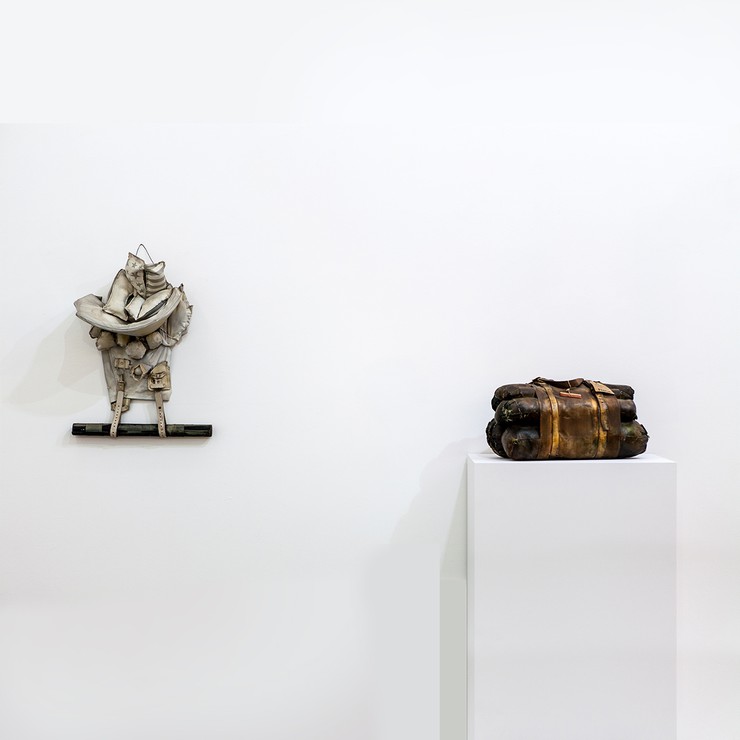 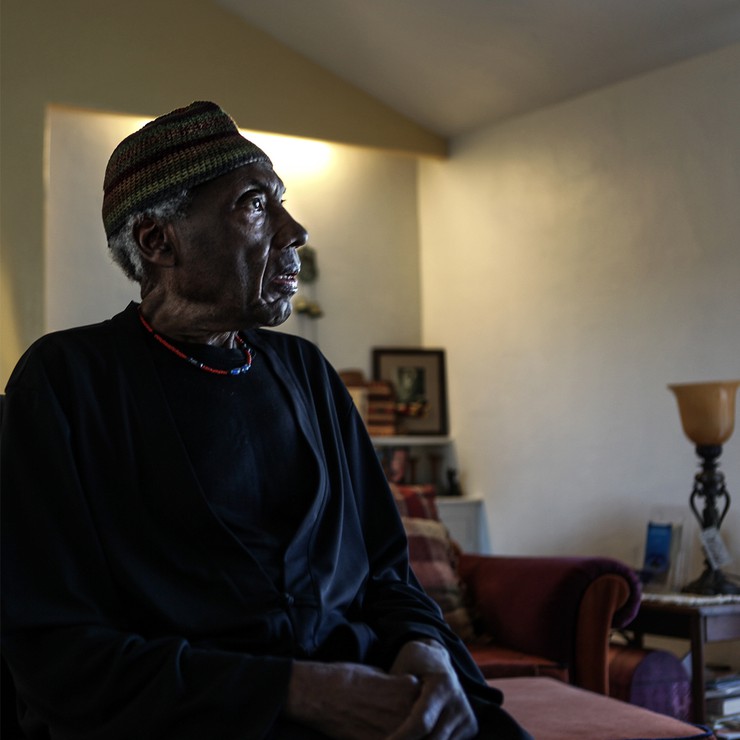 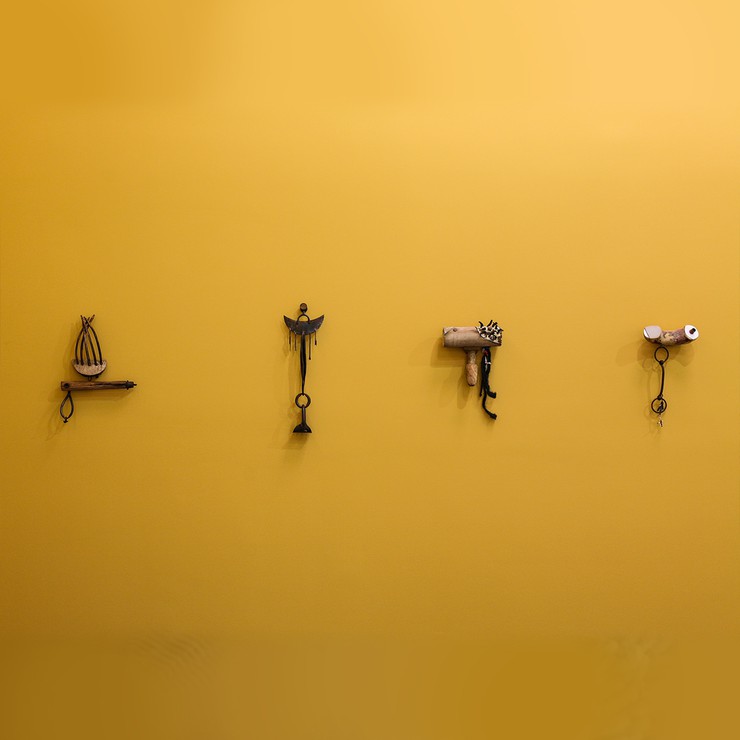 Affiliating with any movement can be like “gambling with your soul” he warns, but true kinship can shape an artist’s life. “Other people are very, very, very important in terms of what you become and what you are,” says Outterbridge, who still lives in LA. “You don’t know who you might have been, you don’t know who you can be, unless you come out and make contact with people and people make contact with you. All my life, I have been part of family; and my family was very, very creative.”

But, only recently has Outterbridge’s work been given the full attention it deserves. In the last five years, he has been featured in a flurry of group and solo exhibitions, including “The Rag Factory,” at LAXART in 2011-12, which marked his first solo exhibition in Los Angeles since 1996. In addition, his pieces have been shown at the Whitney, the MOCA, the MoMA and the Venice Biennale. He received the California African American Museum Lifetime Achievement Award alongside Sidney Poitier—his usefulness as an artist, educator and interpreter of the black experience is now cemented in the annals of art history as rusty tools, rags, twigs and bones, poignant and belonging to us all.